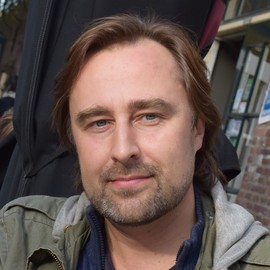 Oleg Soloviev is a Senior Research Fellow at DCSC/3mE, TU Delft and a Senior Associate at Flexible Optical BV. His research interests include adaptive optics, wavefront sensing, phase retrieval, imaging through turbulence, and computational imaging. He leads the Smart Imaging Lab of DCSC and enjoys participating in the Carlas Smith Lab, which develops new methods for smart microscopy.

He obtained his PhD degree from TU Delft in 2006, with the thesis ‘Methods and sensors for accurate wavefront measurements’.

Jan 2006 – Present Rijswijk, the Netherlands
In a small company, everyone is responsible for a number of things. My duties include:

Recently, a fast and robust method of calculation of the Zernike polynomials and their derivatives in Cartesian coordinates was published. It was really easy to translate the published pseudo-code in Julia. The implementation appeared to be indeed very fast, so I could not resist to play with some visualisations.
Last updated on 15 Nov 2020 2 min read

Windows 10 offers a friendly way to instal and use Linux system (the so-called WSL). Quite unexpectedly, Julia runs faster in WSL. You can check it yourself following the steps in this short tutorial.
5 Oct 2020 6 min read What have I learned today

Using forestry to manage my site

forestry.io provides a user-friendly web-interface to manage static web sites. The question is whether this is easier than creating and editing the pages from IDE?
10 Apr 2020 2 min read What have I learned today

In Mathematica documentation devoted to Fourier command, I’ve stumbled upon a curious example of the frequency identification from a noisy data. The most interesting part was that the frequency (or the period) was found with high accuracy. And this was done by just changing the parameters of Fourier command!
Last updated on 31 May 2019 2 min read What have I learned today

MADEin4 stands for Metrology Advances for Digitized ECS industry 4.0, an ECSEL JU project focussing on the productivity enhancement in “Industry 4.0”. Glasses for AI Our part in the project is to increase the throughput of the quality control lines.

For high values of numerical apertures (think microscopes), the standard phase retrieval methods are not reliable. In this project, we work on adjusting and expanding the low-NA algorithms to the high values of NA.

A small presentation describing my personal experience with General Programming in Julia. For a mathematician, it is sometimes …
15 Oct 2019 15:00 — 15:45 DCSC, 3mE, TU Delft
Code Slides

In theory of optical aberrations, an aberrated wavefront is represented by its coefficients in some orthogonal basis, for instance by Zernike polynomials. However, many wavefront measurement techniques implicitly approximate the gradient of the wavefront by the gradients of the basis functions. For a finite number of approximation terms, the transition from a basis to its gradient might introduce an aliasing error. To simplify the measurements, another set of functions, an “optimal basis"with orthogonal gradients, is often introduced, for instance Lukosz-Braat polynomials. This paper first shows that such bases do not necessarily eliminate the aliasing error and secondly considers the problem of finding an alias-free basis on example of second-moment-based indirect wavefront sensing methods. It demonstrates that for these methods any alias-free basis should be formed by functions simultaneously orthogonal in two dot-products and be composed of the eigenfunctions of the Laplace operator. The fitness of such alias-free basis for optical applications is analyzed by means of numerical simulations on typical aberrations occurring in microscopy and astronomy. © 2020 World Scientific Publishing Company.

Phase retrieval based on the vectorial model of point spread function

We present an efficient phase retrieval approach for imaging systems with high numerical aperture based on the vectorial model of the point spread function. The algorithm is in the class of alternating minimization methods and can be adjusted for applications with either known or unknown amplitude of the field in the pupil. The algorithm outperforms existing solutions for high-numerical-aperture phase retrieval: (1) the generalization of the method of Hanser et al., based on extension of the scalar diffraction theory by representing the out-of-focus diversity applied to the image by a spherical cap, and (2) the method of Braat et al., which assumes through the use of extended Nijboer–Zernike expansion the phase to be smooth. The former is limited in terms of accuracy due to model deviations, while the latter is of high computational complexity and excludes phase retrieval problems where the phase is discontinuous or sparse. Extensive numerical results demonstrate the efficiency, robustness, and practicability of the proposed algorithm in various practically relevant simulations.

A methodology for retrieving the unknown object distribution and point-spread functions (PSFs) from a set of images acquired in the presence of temporal phase aberrations is presented in this paper. The method works by finding optimal complimentary linear filters for multi-frame deconvolution. The algorithm uses undemanding computational operations and few a priori, making it simple, fast and robust even at low signal-to-noise ratios. Results of numerical simulations and experimental tests are given as empirical proof, alongside comparisons with other algorithms found in the literature. © 2017 Optical Society of America.

A model-based wavefront sensorless (WFSless) adaptive optics (AO) system with a 61-element deformable mirror is simulated to correct the imaging of a turbulence-degraded extended object. A fast closed-loop control algorithm, which is based on the linear relation between the mean square of the aberration gradients and the second moment of the image intensity distribution, is used to generate the control signals for the actuators of the deformable mirror (DM). The restoration capability and the convergence rate of the AO system are investigated with different turbulence strength wave-front aberrations. Simulation results show the model-based WFSless AO system can restore those images degraded by different turbulence strengths successfully and obtain the correction very close to the achievable capability of the given DM. Compared with the ideal correction of 61-element DM, the averaged relative error of RMS value is 6%.The convergence rate of AO system is independent of the turbulence strength and only depends on the number of actuators of DM. © 2015 Optical Society of America.

In theory of optical aberrations, an aberrated wavefront is represented by its coefficients in some orthogonal basis, for instance by …
O. Soloviev
PDF DOI

It would be too boring to have only professional activities in life. In my free time, I enjoy aikido, listening and (learning) playing music, reading, solving geometrical puzzles, and just spending time with my family and friends. Sometime I share with them unexpectedly beautiful things I stumble upon in my research, which I also publish here.